Visiting Italy? Watch Out For Thieves in Rome and On Trains

Rome’s mayor got a little irked with the United Kingdom’s Foreign Office for issuing warnings to travellers that theft in the Eternal city is on the up. The theft hotspots, according to the Foreign Office, are to be found around Rome’s Termini station and the number 64 bus.

As well as in Rome, theft is becoming a growing problem aboard trains in Italy.

Is theft Really a Problem in Rome?

I stole a few moments to chat about the topic of theft in Rome on Twitter. Of those who chatted with me, a few said theft was an eternal problem while one said it wasn’t.

Gangs of Thieves on Rome’s Underground

Georgette, who is based in Florence, paid a visit to Rome recently and said that she noticed gangs of thieves operating on the Eternal city’s underground railway system. She told me she warned other travellers of attempts to separate them from their belongings and added that she spotted a thief on every trip she took on Rome’s metro.

Rome based drummer, Adam Pache, commented that he thought Rome was a place where you need to be “street smart” to avoid pretty crime problems.

However, Rome based journalist Angelo van Schaik said that Rome is no worse than other big cities.

The Roma Fa Schifo  – Rome Is Disgusting blog believes the theft problem is real and that the UK Foreign Office was right to bring it up. Rome is more dangerous than London, claimed the writer of a post on Rome’s theft problems. In the opinion of Roma Fa Schifo, Rome’s authorities are unwilling to acknowledge that there is a problem and equally unwilling to do much about it. This is possibly down to a lack of resources, then again, it could be Italy’s rather common ‘head in sand’ approach to problem solving.

Everyone is a Target

The thieves will target all and sundry and Italians are certainly not immune from their attentions. Tourists, who, of course, tend to look like tourists especially when hauling huge suitcases, snapping away with cameras, and glancing at maps or guidebooks, are a traditional and obvious target for thieves. Blending in is one way to escape unwanted attention but it is not at all easy.

There are, sadly, some signs that petty theft is on the increase aboard trains in Italy. I’ve read a number of articles in Italy’s press reporting on the growth of theft. Italian website Today in an article dated 9 August 2014 wrote about a ‘boom’ in thefts aboard Italy’s trains. In the first 7 months of the year, 2,000 thefts had occurred aboard trains in Italy and 1,400 thefts had happened in stations, reported Today. Italy’s railway police are attempting to raise awareness of the problem.

What Can You Do?

Keep your wits about you. Don’t flash large sums of money around. Be aware of your surroundings and if someones does try to rob you, be loud and make an almighty fuss – this may well scare the thieves off. Thankfully, thieves in Italy don’t tend to be violent.

If whatever you try doesn’t work and you lose something, report it to the police.

While on a train in Italy, keep an eye on your luggage if at all possible. This is not always possible though because luggage is often stored out of sight of most travellers in spaces near carriage doors.

If you lose something while aboard a Trenitalia train, you may be able to make a claim on the rail operators’ insurance – information in Italian.

Having your own travel insurance will help too and is something the UK Foreign Office recommends.

Ensure the travel insurance policy covers the full replacement value of expensive camera or computer gear. Make a note of your credit card and bank telephone numbers and keep it safe. As soon as you are aware your credit card has gone, make a call and get the credit card company to block the card. These calls are generally free.

In the event that your passport is stolen when you are in Italy, contact your country’s embassy or consulate for advice on what to do. Having a photocopy the passport page which has your personal details may help – provided the photocopy does not get stolen.

What about you? Have you had anything stolen while you were in Rome? 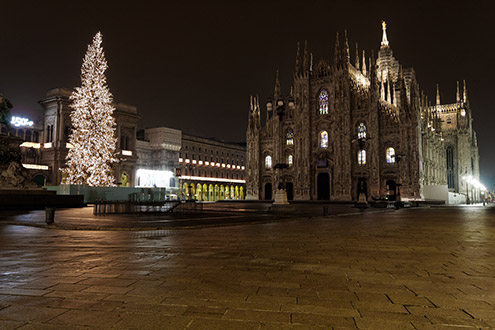 Last night I went down into downtown Milan to take a few photographs of the city in all it’s Christmas 2010 glory. It was a chilly night, by seeing as I love night photography, the cold did not worry me too much. I eventually got to bed at around four in the morning, but I’m happy with the results.

It arrived today, it’s black, it’s the size of a cigarette lighter, it’s made by Creative and it

Do you remember Christmas?

The virtual intimacy of the web

The news seems to be wending its way around the world that Italy’s prime minister Silvio Berlusconi was attacked while he was leaving a political rally in Milan, Italy yesterday. Facts are still coming in and a fake Facebook appears to have been set up too.

After you have read seven articles over a two week period, a message will appear and ask you to help support Italy Chronicles by taking out a premium Italy is a Paradise Compared to the UK and the USA

Humanity is short-sighted.  It rarely considers the effects of what it does today upon the future.  Unfortunately what was done yesterday has a nasty habit