Is it possible that banks in Italy encourage tax evasion, albeit indirectly? This is a question I’ve ended up asking myself recently.

Those who follow the news in Italy will know that legislation was recently passed to encourage Italian’s who had ‘hidden’ vast sums in banks beyond Italy’s borders to put their hoards back into Italian banks.

The new law, which recently passed through Italy’s parliament, also granted Italy’s money re-importers immunity from prosecution for any false-accounting relating to the funds concerned.

The false-accounting immunity provisions caused huge controversy in Italy because it appeared as if those who moved their fortunes back into Italy were being patted on the back for being so clever.  Not, as really should be the case in the opinion of many Italians, punished for having evaded Italian taxes for many moons.

But why did these people move lots of cash into offshore accounts?  Well, one reason may be because it is so darn hard to squeeze credit out of Italy’s phenomenally cautious banking system.  Getting people to pay for services rendered can also be a traumatic, time consuming, process in Italy.

OK, so the caution of Italian banks has helped keep the majority of them immune from the so-called ‘credit-crunch’.  This should have meant, theoretically, that it would be easier for banks in Italy to offer customers lines of credit.  But no.  Many small businesses and professionals are suffering.

Some 300,000 Italian small businesses and professionals are struggling, and some have already declared themselves bankrupt.  Why?  Very often because getting credit out of Italy’s banks is as impossible as extracting blood from a stone, and the situation of small businesses people has been exacerbated by long lists of clients not settling accounts.

Getting people to pay is a nightmare in Italy.

At best, and after having waited 30, 60, 180 or more days, getting people to settle debts involves repeated phone calls, at worst, having recourse to Italy’s incredibly slow, and clogged, legal system.  And once a decision has finally been made by one of Italy’s courts, in 10 years or so, if, of course, the company concerned has managed to survive, legal fees may well have eaten away the sum claimed.  A nightmare.

Actually, this situation may have contributed to the reluctance of Italian banks to offer lines of credit, in that they could never be sure  even after long court cases that debts would be settled.

Along Cometh the Tax Man

While businesses are waiting for cash to flow, Italy’s tax-man shows his face, along with the VAT man.  Both are looking for their pounds of flesh.  To their credit, Italy’s tax authorities, aside from levying a few fines, will allow those who fall behind with their contributions to the salaries of Italy’s politicians to pay off their tax debts in installments.

Stop making those back tax payments, and the tax man will come knocking at the door asking for the whole of the outstanding debt.  If you have the money, fine, but you probably would not be paying off the debt in chunks over time.  Small businesses with irregular cash-flow owing to slow payment may well find it hard to keep paying all the back tax settlement installments.

The self-employed in Italy have to make an advance 20% payment of taxes.  This portion for the government is built into invoices.  For those having problems dealing with back tax payments, the 20% retained sum could be upped to 40% until such time as the back tax debt has been settled.  This would mean business would not have to worry too much about late payment.  No such system exists though.

Some people, believe it or not, pay too much in tax, but it can take 5 years or longer for Italy’s tax authorities to refund overpaid taxes.

Credit from Italian Banks?  Forget it.

When businesses ask for credit, possibly to help settle tax bills, Italy’s banks are likely to hum and haw, and make unhelpful suggestions, along the lines of ‘Why not borrow the money from a relation or a friend?’.  Yes, Italian bank with the motto ‘you can count on us’, I’m pointing my finger at you.  Unless you are chummy with your bank manager, or he knows that your great uncle owns Fiat, half of Tuscany or something like that, you don’t stand a chance.

What do Italian business owners do?  Simple, those who do not have the liabilities of Alitalia, find lots of different, and often quite imaginative ways, to lower their tax liabilities.  Not issuing receipts is one way to hide income from Italy’s tax people.

Others who do have to face tax bills and other liabilities which equate to the GDP of some of the smaller emerging nations, stash their cash away in banks outside of Italy so that they won’t need to go cap in hand to some peevish little bank employee and ask for assistance.

The act of secreting cash beyond Italy’s shores is, I believe, a form of tax evasion.  But at the end of the day, if this helps keep you in business, keeps all your employees in jobs, and allow you to have a life, then what is wrong with it?  Apart from the existence of banking system which appears to encourage tax evasion, that is.

The irony of the whole situation is that those who do evade tax in Italy, don’t have to worry about tight fisted banks, and thus can afford to pay taxes on time!  An odd paradox, is it not?

Well, I suppose Italian banks could be forced, either at gun point, or perhaps better, via apposite legislation, to offer businesses with monies owed to them credit which is equal to a decent proportion of invoiced sums which have not been collected.

Italy’s banks would then start doing something useful for this country’s small businesses.

This may be one solution, although fiddles involving fake invoices would be legion in Italy, so some way of establishing that the creditors actually existed would be essential.

Another solution would be to force businesses to pay their debts in 30 or 60 days (this finally seems to be happening – in 2012), and if they did not, oblige them to pay interest on the outstanding debt.  Then, if after 100 days or so, nothing has been done, the debt would be handed to a sharp-toothed government debt collection agency which would in the meantime pay the outstanding sums to the businesses concerned.

The government would make money on this because its agency would add a ‘collection fee’ to the debts it collected.  And, levels of tax evasion in Italy may well fall as a result, seeing as everyone’s cash would actually flow, instead of stuttering as it does at present.

How could such a scheme be funded?  That’s the easy bit!  Lots of cash is being liberated from the coffers of a certain illicit Italian criminal organisation at the moment.  Just ask Minister Maroni.

I had to do a short translation today about a forthcoming financial congress. One of the terms stumped me a little so I had a hunt around the web and came across this interesting .pdf document from the Abaxbank. Gareth Horsfall has been living and working in Italy since 2004 where he’s been providing financial planning, tax

This week’s Food and Wine Friday post is dedicated to sweet Italy by way of a selection of colourful images of a some delightful looking candied fruits, and carrots, that I found waiting to be bought and devoured, or simply displayed. 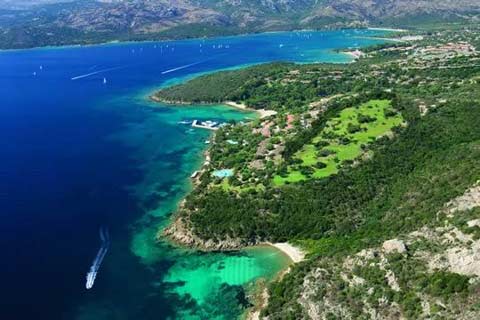 The Best Ways to Relax in Italy

Holidays are all about letting your hair down, chilling out and going places and doing things that you would not normally do during your day

Terrorism Will Bloody the Streets of Italy

A former Italian president, one Francesco Cossiga, strongly believes that terrorist acts of the type commited by Italy’s Red Brigades will once again sully Italy’s streets.

When I came to Italy well over ten years ago, I was not really aware of all that Italy had to offer. I knew of the legendary big three Italian destinations: Rome, Venice and Florence, and, purely as a result of having seen the photographs of a colleague, I was aware of the stunning beauty of the Amalfi coastline. From programmes on history, I’d found out about Pompeii. That, I’m sorry to say, was about it.