The Pope Excommunicates the Mafia

Last weekend, addressing a crowd of over 200,000, Pope Francis told mafia members that they embrace evil and that they will be excommunicated.

In the battle to rid Italy of the mafia scourge, the significance of the Pope’s words are not to be underestimated.

“The ‘ndrangheta is worship of evil and contempt for the common good,”…” that is bad…”…”and must be fought,”, said the pontiff speaking in the Italian region of Calabria, the heartland of what is today perhaps the most powerful mafia organization of all – the ‘ndrangheta. It was the first time a Pope had ever uttered the word ‘ndrangheta in public.

Earlier this year, in March 2014, the Pope called on mafia members to repent, so the pontiff’s even more recent words reinforce the Roman Catholic church’s now clear anti-mafia stance. The Pope has also taken a position on the wrongs of the oft mafia connected crime of corruption – also a major problem in Italy.

Will the Pope’s Words Make a Difference?

While the Pope’s anti-mafia statement did make the headlines in Italy, in practice whether they will make a major difference in the fight to end the mafia remains to be seen. However, in the deeply religious mafia ridden south of Italy, the Pope’s stern words may cause those considering a criminal career in Italy’s mafias to think twice. Whole families mixed up in mafia affairs for generations may also reconsider their illicit ways.

Of note too is that, finally, the Pope has firmly distanced the Roman Catholic church from any perception that the mafia enjoys its blessing. In fact, the Pope’s position should cause clerics throughout Italy to reconsider their acceptance of the mafia phenomenon. While not all clerics turn a blind eye to the evils of the mafia, some certainly have done.

Calabria based Italy Chronicle’s contributor Sanne De Boer was present at the Pope’s weekend speech. De Boer told me that representatives of the Roman Catholic church in this Italian region do tend to give their blessing to the existence of the ‘ndrangheta mafia. Indeed, it is not far from the truth to state that local mafia bosses and members are venerated by many though not all local Roman Catholic clerics. Those few priests who have attempted to speak out against the evil of the mafia have faced death threats. Some, such as Father Giuseppe Giovinazzo, have been murdered for knowing too much.

During religious ceremonies in Calabria it is not uncommon for processions to stop outside the houses of mafia bosses in a show of respect for their authority. Now that the Pope has excommunicated ‘ndrangheta members, these respectful salutes to mafia bosses may well cease.

Expert on Italy’s mafia John Dickie noted in a tweet how members of the church had appeared as character witnesses in court in support of ‘ndrangheta members. The complicity between church and mafia may be brought to an end by Pope Francis’ words.

There is evidence that the ‘ndrangheta believes it is a form of ‘blessed‘ criminal organization; that it’s actions can be justified on religious grounds and, with initiation rituals laced with religious symbolism, the implication is that the Roman Catholic church is not against its existence nor its murderous ways.

In Letizia Paoli’s book Mafia Brotherhoods, mention is made of the presence of iconography and symbolism of the Roman Catholic religion in the ‘ndrangheta initiation ceremony which also happens to be known as a ‘baptism‘.

During the baptism ceremony, drops of blood from the individual about to become a member of the mafia fall onto a picture of a saint. A oath of allegiance to the criminal organization is then taken while the blood stained image of the saint burns. Sicilian mafia members follow a similar initiation ritual.

The allegiance to the mafia by its members is seen as being akin to religious type faith – stray from the path of the mafia and face the consequences, which may well include a death sentence. The mafia does not shy away from killing relatives and friends to transmit its message that betrayal is unacceptable.

By making such a clear statement, the words of Pope Francis indicate that Italy’s criminal organizations can no longer hide behind the religious justification of its actions. Now becoming a ‘baptized’ member of the mafia religion means excommunication.

Why Has it Taken So Long?

As a result of his clear stance on the mafia issue, fears for the Pope’s safety are likely to grow. Will the mafia eliminate the Pope? It has killed priests before but whether it would go as far as assassinating a pope nobody really knows.

It’s just about 1:30 in the morning here in Milan. I should be heading for bed, but my head is awash with thoughts, and I want to try and create order from the chaos reigning in my mind. I’m thinking about Italy’s incredibly high levels of tax evasion.

Those very nice people over at La Polizia dello Stato, the Italian State Police, publish a list of

Those with a Scottish background could be forgiven for thinking that a ‘wii’ aperitif meant a ‘quick’ aperitif, but no, it really was an aperitif followed by a few bouts on Nintendo’s latest box of tricks which goes by the oddish name of ‘Wii’. L’Arrosticino – The King of the Abruzzo Cuisine

BlogfromItaly.com now sports a little Jobs link at the very top of this page. Before you think this site has been taken over, or that it’s making gazillions, you should know that the Jobs section is an initiative designed to help aspiring young Italian journalists become, er, journalists, via a kind of talent contest. 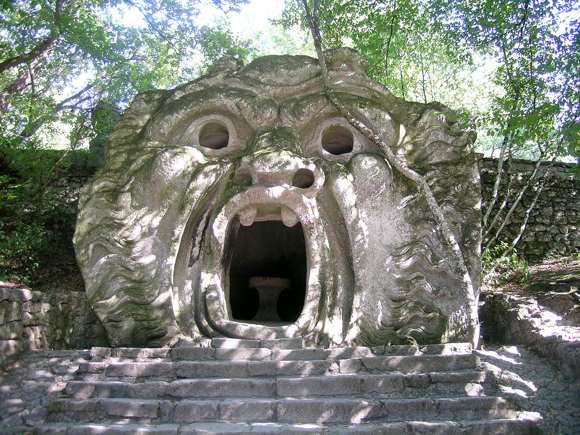 Bomarzo – Where to See Monsters in Italy

There are lots of places to visit in Italy, but Italian region of Lazio is often overlooked simply because everyone heads to the capital, otherwise