Big or Small. They do it so Well! Medieval Festivals in Tuscany.

Having been twice to Volterra’s Medieval Festival (AD1398), and being on the point of going to Sansepolcro for the annual crossbow palio (against Gubbio), I am already amazed at how Tuscany (and Italy) “do” the past.

Magnificent costumes, evocative atmospheres, enthusiasm and, above all, an obvious passion for tradition, history and community.

Other Tuscan cities have equally spectacular festivals; cities such as Pisa, Arezzo, Siena and Florence. But let’s not forget that the smaller communities also “do” medieval; communities including Castiglione di Garfagnana, Filetto, Roccatederighi, Cutigliano and Nozzano Castello.

However, until September 6th, I had not experienced any of the festivities in the smaller communities. An unexpected opportunity was presented by two Italian friends, Marcello and Alessandra, to go to Nozzano Castello.

This small community lies about 7 kilometres from Lucca, and is dominated by its castle which stands proud on a hilltop, overlooking the surrounding countryside.

On climbing up towards the castle and the historic centre of the village, one can well imagine how impressive and impregnable it must have appeared to the medieval populace. The view out from the gate is stunning!

The castle, itself, dating from the 1200s was demolished and rebuilt during Castruccio Castraccini’s rule. It was used until the 1500s to control shipping on the River Serchio. Curiously, one of its towers is topped by a chapel.

Let’s forget history, as factually stated, and relive it instead!

Convert your euros into medieval coinage (matildi, matildini, castrucci and sercambi) and enter the historic village.

Wander through its small, but exquisite streets, perusing and, perhaps, purchasing something from one of the stalls. Enter the castle and gaze upwards, but beware the soldiers honing their sword and archery skills. Partake of food and wine, and rub shoulders with lords and ladies, peasants, jugglers, drummers etc.

It’s a small scale festival compared to some, but perfect; warm, welcoming and friendly. We had a chat with some knights from Chiusi, as well as local drummers, inn keepers and visiting nobility. We watched the parade of the drummers, stirred by the beat of the drums; cheered on the knights in single combat, and applauded the creation of new knights from amongst the watching children.

My sense of humour allows me to laugh at some of the incongruities encountered;  medieval knights with cans of Coca Cola (I would never have believed it was that old!), a stylish medieval man whose outfit would obviously have been less than perfect without his sunglasses.

What a perfect afternoon, sadly brought to an end too soon; we had to be elsewhere for the evening. Perhaps next year.

Hats off to you, Tuscany, for what you do so well, and love doing, regardless of size.

Italy seems to be hectic at present.  Lots is going on, even if not much change is occurring.

As time passes, and further aftershocks continue to jolt the earthquake struck region of Abruzzo in Italy, more related news is emerging. Not all of it is pleasant either. A Festive Guess Where in Italy and Book Giveaway

Apologies for my absence.  I took a Christmas break, part of which involved going out and taking a 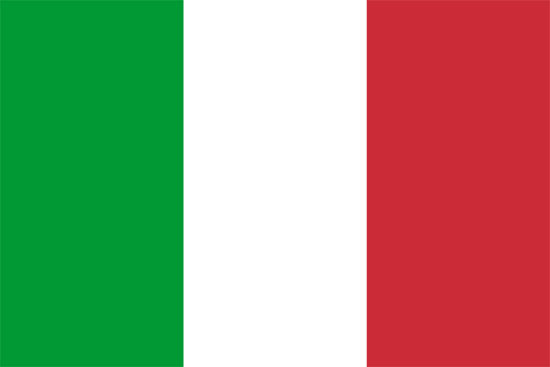 This week’s How to Learn Italian tip will help you to develop your ability to pronounce Italian words. Getting pronunciation right has several benefits: It helps others understand you, and, it helps you understand others.

In other words, good pronunciation helps you communicate more effectively in Italian. This is something I have learnt from my own learning Italian experiences.

Shortly, things are still at the development stage, I shall be launching another little website. This one will be all about businesses and young business

Adsense is Taking a Break

For some reason, Adsense is not receiving visitors at the moment (Jan 22 23:59 Italian time), so I can’t check whether anyone found any of Where does La Befana Live in Italy? Find out here!

La Befana is an Italian tradition with many places laying claim to her. Barga, too, lays claim, and titles itself the “Citta della Befana” (Town

Blasted signal is dropping every two seconds. Don’t know why, but it is bugging me. Coupled with everything else, this is the Monday of nightmares.