A fresh attempt is being made to gag bloggers in Italy.  See October 2012 update below.

While the world worries about the consequences of global economic collapse, Italy’s hard partying Prime Minister Silvio Berlusconi has other things on his mind, aside from an ever increasing list of court cases, that is.  Now, he is determined to shut Italy’s bloggers up.

Nestling within proposed legislation which is sure to make an essential contribution to perking up Italy’s ailing economy by protecting the privacy of goodness knows whom, is an insidious little clause which will allow offended parties (read Berlusconi and friends) to slap as much as a €12,000 fine on bloggers who write something which is not liked.  Just to be fair, said bloggers will have 48 hours to change offending articles.

The blogger gagging proposal is up before Italy’s parliament once again – except this time the proposed fine has risen to a whopping €25,000!

This is all because a Berlusconi friend ran an article which was untrue.  The newspaper editor concerned, Alessandro Sallusti, was found guilty of defamation and sentenced to 14 months in prison.  Italy’s Cassation court confirmed the conviction and sentence, but the ‘journalist’ is not yet behind bars.

Now, to protect friendly journalists, Italy’s defamation laws are to be changed and at the same time, a clause designed to shut up Italy’s bloggers has been slipped in.

This is a threat to freedom of speech which is a basic human right.

It is unclear as to just what will be considered ‘offensive’ which probably means the rules will be adapted to each case.

Italy’s rag tag bunch of politicians are awfully sensitive about what is said about them, even if it is true.

Criticism and something which is known as ‘satire’ in other nations simply is detested Italy – attempts at satire are regarded as insulting, unless, of course, Berlusconi and Co make them.  And Berlusconi does like to tell jokes.  Some are no doubt wondering whether Italy’s austerity package is in reality, one of Berlusconi’s old jokes.

Bloggers who’ve gone off for a two week break in Australia would only find out about the error of their ways upon their return, as one doubts that the Italian authorities would consider something as logical and simple as sending a blogger an email.  Nope, it’d have to be a registered letter – which, knowing Italy’s snail mail service would arrive well after the 48 hour deadline had passed.  Time to fork out €12,000, but probably less, depending on what was said about whom and how offensive it was deemed to be.

Fined bloggers would have several years to appeal their cases through Italy’s slow moving court system, provided they can afford to pay a lawyer, that is.

Needless to say, some Italians are up in arms over this latest anti freedom of speech proposal.

Antonio di Pietro, an opposition MP has labelled the move as ‘fascist‘.  Even someone from within Berlusconi’s own party does not think gagging bloggers is a great idea.

Italy’s bloggers are girding their loins for an attack on those politicians who find the right to freedom of speech as guaranteed by Article 21 of Italy’s constitution so irritating.

An anti-gagging protest has already been planned for September 29th 2011 in Rome around the Pantheon.  Other protests will take place all over Italy.

By the way, this is not the first time Italian governments have tried to dissuade its citizens from blogging – see here: Italy’s Politicians Try to Ban Blogs, again

Oh, and there remains the small issue of the Europe’s economy collapsing and that this may lead to a global meltdown, but such minor matters do not seem to concern Italy’s billionaire playboy Premier Silvio Berlusconi.

It’s one of those “Only in Italy” moments.

According to my Italy expert, Gaetano Salvo, ‘si mangia da Deo’ – ‘you eat like a God’ (rough

Yesterday in the US, Italy’s prime minister Enrico Letta announced he was optimistic on the political stability front A lovely story appeared on the 22 May edition of the Guardian.co.uk web site. Apparently, an English woman,

I was a wee bit miffed that I could not email a post to my WordPress hosted blog. 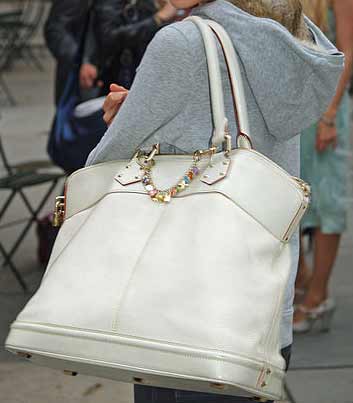 Have a Fine Time in Italy with these Travel Safety Tips

First of all, Italy is generally a safe country to travel in. However the unwary can end up with problems. The biggest of these problems

Still got a few spots and what may become little scars. The scars I’ll add to the collection I’ve amassed as a result of falling Frangelico – Have You Tried it? If not, do.

Maybe you haven’t heard of Frangelico. A pity if so. Frangelico is a hazelnut-based liqueur and it’s rather good. After mentioning that I couldn’t find

Good, bit late, but at least he did apologise.  Still, it was an odd mistake for someone considered to be an ‘intellectual heavyweight‘ to make,