You may have heard that the popular tourist destination of the Cinque Terre, Liguria in Italy has been extensively damaged as a result of recent flooding.

The Cinque Terre villages of Monterosso and Vernazza were particularly badly hit.

Here are a couple of videos which show the extent of the damage.

The first short video was shot as storm water roars through the Monterosso.

The force of the water is frightening, as is its depth.

The second video shows the aftermath.

Report on Situation in the Cinque Terre

Although the report which follows is in Italian, which means you may not understand it, the footage clearly shows the extent of the damage.

Both the locals and emergency services are working hard to clear up the mess left by the storm which has left some without water, electricity and food.

If you have not heard of the Cinque Terre, then you may not know that this group of five seaside villages is probably one of Italy’s most scenic travel destinations.  I can confirm this as I have visited the Cinque Terre area on a few occasions, such as when I stayed at the Soviore sanctuary which lies in the hills above Monterosso.

After floods which hit the Cinque Terre, parts of Tuscany, Genoa, and Matera, it is now Sicily’s turn to be battered by bad weather – here is a video of the power of the water which just about destroys a bridge.

See this post from February 2012 for more: Is Visiting the Cinque Terre Still Possible?

People living in Italy using Italian mobile phone operators (TIM, Vodafone, Tre, and Wind) can donate €2 to the relief effort by sending a text message via their mobile phones to 45500 or by calling the same number from a land-line telephone.

Donations by bank transfer can be made using this information:

Please check the cost of making a donation by bank transfer with your bank, before donating – just in case the cost of the donation is higher than the actual donation itself.

Update: 30 October, 2011: Donations towards the relief effort can be made via the Italian Red Cross by credit card or PayPal from this page – the Donation Cause should be Emergency Tuscany and Liguria.

If, like me, you have an ‘Italian’ child, ie a child that was born in Italy, then it

In an interview he gave to Italian newspaper, Il Corriere Della Sera, Reuters reports that the US Ambassador

Guess Where in Italy? Part 3 – The Answer

We have a budding Italy expert in out midst! Nora of Enchanting Italy, after hunting around the world wide web for a while, managed to discover that the extinct volcano shown in this week’s Guess Where in Italy? quiz, was Monte Vulture.

Would Italy exit the Euro Zone?

One of the fundamental rules of negotiation is to negotiate from a position of strength. Mario Monti is an extremely astute and capable man.  He 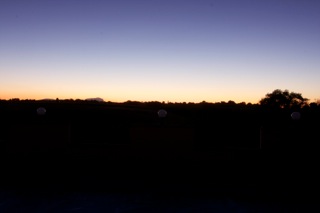 Time is Running Out for Italy

The crisis grinds on.  It sounds as if it’s been quite a tough and possibly party free weekend for Italy’s flamboyant Prime Minister Silvio Berlusconi.

Winter is sneaking up

The week before last it was really quite warm. This week the temperatures are moving to below 10 degrees C. The transitions here between hot Nobody in Italy, or elsewhere for that matter, is sure just what Italy’s new round of austerity measures will consist of.  “La manovra” – “The